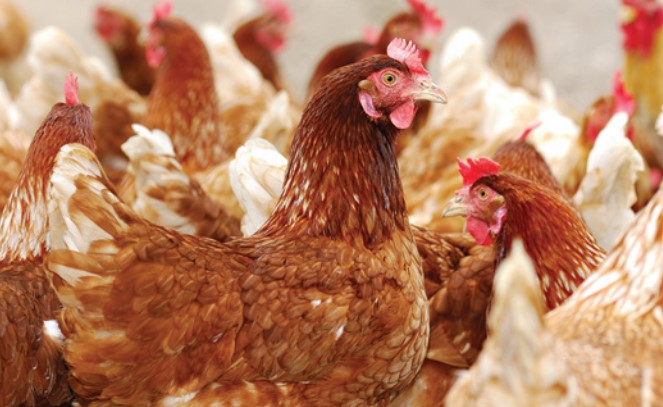 With a growing global population comes increased protein demand. Whilst companies look at alternative protein sources to take mainstream and appeal to consumers, traditional protein sources are still predicted to grow to meet the requirements of the burgeoning population. Eggs are a source of high-quality protein, rich in vitamins and minerals and are an easily accessible food source, particularly in low-income households.

Under optimal conditions, a commercial laying hen can produce over 320 eggs over a single laying cycle, typically 72-75 weeks after which the hens are replaced due to declining eggshell quality. However, genetic companies continue to select for persistence, often citing a targeted production cycle of 100 weeks. To maintain these long production cycles, nutrition will be key.

Hen nutrition has several objectives including maximising egg production, maintaining egg quality, extending the laying cycle and ensuring hen health and welfare. At the start of the laying cycle, the target is to gain body weight and ensure calcium reserves are available at the onset of lay. Thereafter, protein and energy requirements are managed to optimise egg output, control body weight and avoid bone demineralisation and hepatic steatosis. The hen’s energy requirement decreases as egg production becomes established. 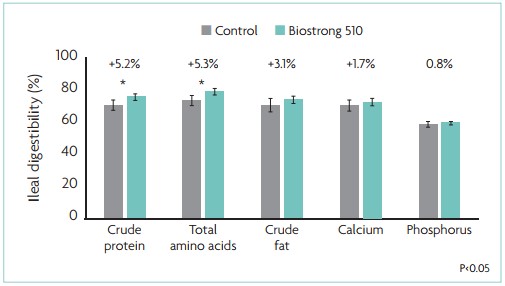 Feed is a significant part of the total production cost, estimated between 60-70%, hence feed optimisation has a clear financial return.

Harnessing the benefits of plants

With nearly 400,000 species of plants at the last estimate, there is a huge variety of phytogenic candidates to choose from and study. Phytogenics – commonly defined as plant-based feed additives or botanicals – represent a group of natural substances, derived from herbs, spices, and their extracts. Plant-derived bio-active compounds include essential oils, herb extracts, oleoresins, tannins, and saponins.

Often classed as flavourings, phytogenic feed additives have a broad range of activities that can have physiological influence on the animal, above and beyond improving palatability of feed. To this end, a limited number of phytogenics have been registered within the European Union as zootechnical feed additives, with the explicit claim of improving animal performance supported by verified documentation.

It is important to standardise the content of the main active compounds in these phytogenics to:

Plant extract combinations can have antagonistic effects, for example on antioxidants, while feeding behaviour can be adversely impacted, highlighting the clear need for research when evaluating phytogenic combinations.

Phytogenics are a relative newcomer to commercial laying hen production. Various plant extracts and their combinations have been evaluated in laying systems looking at a wide range of characteristics.

Rosemary, eucalyptus and thyme have been demonstrated to lower levels of malondialdehyde (MDA), a marker of lipid peroxidation and oxidant status in egg yolk.

Elevated levels of MDA are an indicator of declining egg quality. This suggests phytogenics could have a place in strategies to increase the shelf life of eggs.

Plant extracts, for example, saponins from the quillaja tree Quillaja saponaria native to the Andes, have immunomodulatory activity. Quillaja saponins have stimulatory effects on certain aspects of adaptive immunity, as well as some native immune response such as phagocytic activities of macrophages.

Saponins can have a supporting role in hens’ resilience against environmental and intestinal health challenges.

Essential oils such as oregano or sage are known to modulate brush border enzymes and pancreatic enzyme activity, for example increasing amylolysis and pepsiolysis in the small and large intestine.

In birds fed a combination of quillaja saponins and essentials oils including thyme, star anise and rosemary, trypsin activity, brush border enzyme activity of sucrase and maltase was shown to increase by 15% and 11%, respectively versus unsupplemented controls. Furthermore, trypsin activity increased by 13% and amylase by 25%.

In this example, the benefits of increased nutrient availability were a 4% decrease in FCR and a 3.4% increase in the number of eggs/hen in hens fed the phytogenic feed additive versus controls over the seven week observation period.

However, to further understand this increase in ileal digestibility, a study was undertaken in vitro using Caco-2 cells.

Using immunofluorescence, Caco-2 cells were incubated with either quillaja saponins, essentials oils including thyme, star anise and rosemary or a combination of saponins and essential oils at varying inclusion levels.

In general, saponins, essential oils or a combination of both showed a significant increase in the recruitment of both SGLT1 and PEPT1.

This work has helped to begin to elucidate the mechanisms by which phytogenics increase nutrient utilisation. Molecular studies have shown, for example, quillaja saponins influence gene expression in biological pathways related to energy metabolism (oxidative phosphorylation) and cellular interactions (integrin signalling). There is, however, plenty more work to do to understand these mechanisms.

A study was undertaken to look at the potential to reduce crude protein in ISA Brown laying hen diets supplemented with a plant extract combination (Biostrong 510). Hens were fed the phytogenic combination for five weeks prior to the implementation of a 0.5% reduction in crude protein and application of a matrix value developed for Biostrong 510, the Performizer concept at 25 weeks of age.

As predicted, the inclusion of plant extracts increased the laying rate by 2.0% above that of the control hens while also increasing average egg weight.

However, by reducing crude protein in the diet and feeding the phytogenic, laying rate was still 1.9% above the controls while egg weight was maintained (Figs. 2 and 3).

Typically, reducing dietary crude protein can lead to a decrease in egg production if amino acids are not balanced, clearly demonstrating that the matrix value used in the current study met the requirements for the essential amino acids. Egg production fell 3.1% in the controls over the trial period, versus 0.7% in the phytogenic groups or 1.4% in the phytogenic/Performizer group.

The findings from the current study suggest that a phytogenic combination in conjunction with nutritional modification has the potential to mitigate this effect of changing egg weight with bird age.

The use of a phytogenic in the layer feed also stimulated feed intake, birds had a daily feed intake of 113, 114 and 113g/day for control, phytogenic and phytogenic/ Performizer, respectively.

However, lowering dietary crude protein 0.5% and applying the phytogenic matrix value did not increase feed intake. 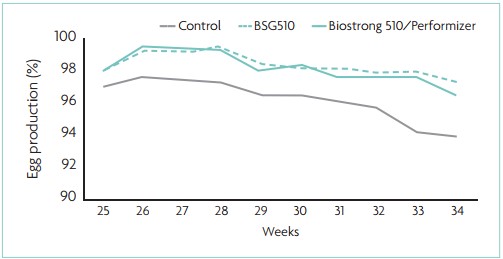 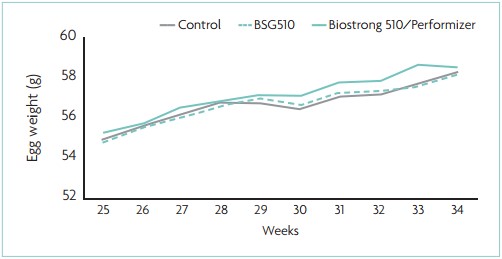 Feed intake is typically increased in nutrient deficient diets as birds ingest more to compensate. FCR was four points lower in hens fed the phytogenic versus control (2.04 and 2.00, respectively), while the use of phytogenic/ Performizer delivered a FCR of 2.01.

Discussions on poultry nutrition increasingly include a component of life cycle analysis and the impact on the environment for several factors including greenhouse gases such as CO2 and nitrogen. In Europe, discussions are underway to look at mechanisms to lower nitrogen outputs from livestock production.

While egg production has one of the lowest environmental footprints of animal production in terms of greenhouse gases, it could be more efficient in terms of nitrogen utilisation and hence environmental impact. Reducing crude protein in layer diets is one approach to improving nitrogen utilisation, and phytogenics with corresponding dietary modifications could have a role to play here as well.

The enormous increase in the performance potential of laying hens can only be realised with optimum nutrition, management and disease control. Industry trends such as increased poultry production in (sub) tropical regions or changing from cage to non-cage housing systems, will challenge the production environment for these highly productive layers.

Environmental concerns, such as the emphasis on ammonia production from the livestock industry in parts of Europe, will further focus efforts on optimizing poultry nutrition.

** References are available from the author on request.