A new approach to poultry breeding 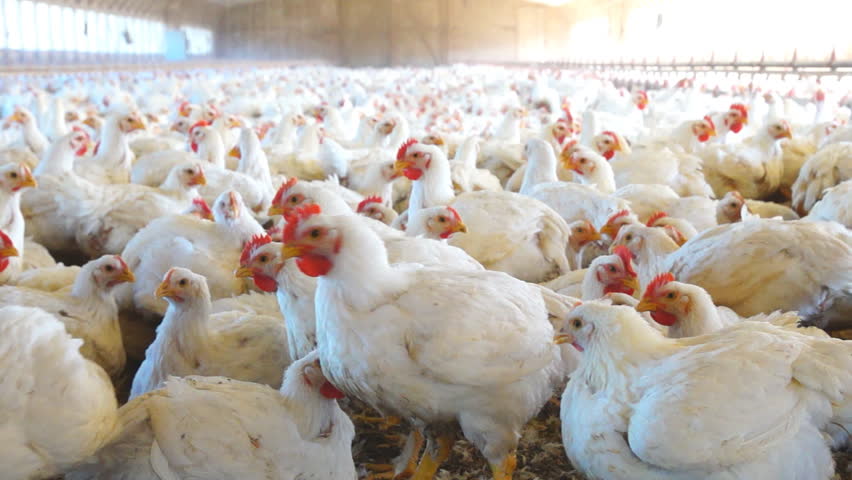 Animal breeding has changed worldwide in the last 50 years due to steady technification and homogenization. Particularly in poultry, crossing and hybridation has become the key to improve the performance at the farm. However, the increase of the genetic potential leads to the higher need nutrients that provoke oxidative stress, hepatic damage and immune depression owed to the new outstanding demands from the metabolism. 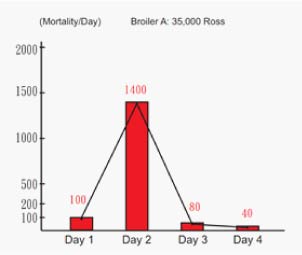 To counteract, it is obviously required to use antioxidants, hepatoprotectors and immune modulators. The antivirals could imply a necessary aid as the infectious diseases are much empowered in this scenario. As a measure, Catalysis developed VIUSID Vet©, a product with the aforesaid properties intended to preserve the flock’s health, prevent diseases and increase the performance.

Viusid contains vegetal extracts, vitamins and amino acids with well-known modes of action and boosted properties with the exclusive technology of Molecular Activation, which is applied during the manufacture.

Its antiviral feature is based on the blockage of the attachment of the virus to the cell membrane provoked by the glycyrrhizinic acid, one of the product’s ingredients, as an inhibitor of the kinase P (Ohtsuki and Iahida, 1988). The use of Viusid Vet© for the control of viral outbreaks has been tested in Newcastle (Egypt, 2015), Gumboro (2014) and Marek (Bangladesh, 2013) outbreaks. In 2017 it was tested in Taiwan against an Avian Influenza H5N6 outbreak (graph 1). In every situation, between 3 and 5 days were required to eliminate mortality and less than a week to restore the productive parameters.

Arginine and Zinc sulfate are very much engaged in the development of immunity organs (thymus, spleen, bursa) and both humoral and cellular response (Ocampo L. and Gómez Verduzco G., 2011). This reinforcement is also visible in the combination of Viusid with antibiotics while treating bacterial diseases like Coriza (Méndez et al., 2013). 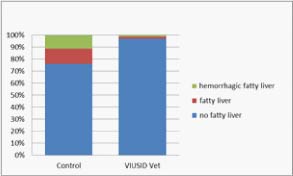 Moreover, the hepatoprotective effect was shown in a decrease of the 88% in the incidence of fatty liver the 10th month of laying. (graph 2)

On the other hand, the antioxidants have a key role in the prevention of several diseases of different origin. Analyses carried out in independent laboratories (Brunswick, 2014) determined by using the FDA’s ORAC protocol that Viusid Vet© has the highest antioxidant value ever found.

All these benefits have shown obvious effects even under the best production standards: reduction of mortality up to 35% (Spain, 2014), laying increase between 2 and 10% (Mexico, Panama, Ecuador, Spain, Korea 2013-2017), improvements in the feed conversion ratio between 7 and 12% and in the final weight of broilers up to 11% (Egypt, 2016). An effect on breeders has been also with a fertility increase, reduction of the embryonic mortality and increase of the egg weight up to 9% (Mexico, 2012).

A recent study performed in Russia on breeders revealed a sustained effect of the product of 4-8 weeks after the application of one single week concluded, a 50% reduction of mortality and an increase of viability of a 28-30%

In summary, Viusid Vet becomes a tool to express the maximum genetic potential of the flock through the health control. As a result, it maximizes the economical revenue at the farm.