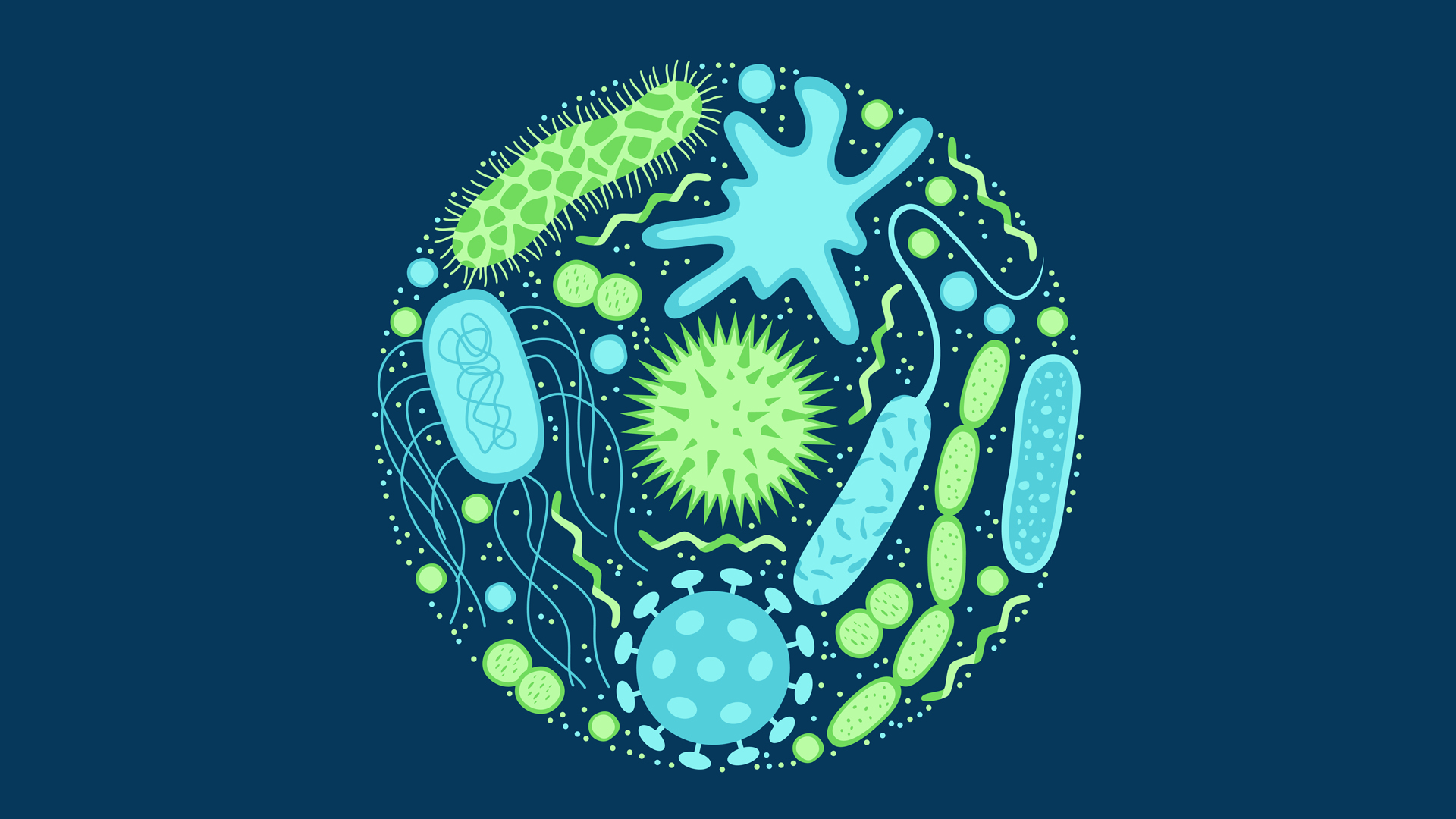 Dr. Krishna Sahoo: Antimicrobial Resistance (AMR) both in human and veterinary medicine has reached alarming levels in most parts of the world and has now been recognised as a significant emerging threat to global public health and food security. Overuse of antimicrobials and improper use in many parts of the world are recognised as key drivers of the emergence and spread of AMR. Antimicrobials are used in food animals for treatment and for non-therapeutic purposes and play a critical role in saving lives in both humans and animals. Over the last decade, global livestock production has been growing rapidly and has moved increasingly towards industrialized systems where antimicrobial use (AMU) is an integral part of production.

It is now known that increased antimicrobial resistance in recent decades is primarily influenced by an increase in usage of antimicrobials for a variety of purposes, including therapeutic and non-therapeutic uses in animal production.

Mechanisms of spread of antimicrobial resistance between animals and humans

Both pathogenic and non-pathogenic resistant bacteria can be transmitted from livestock to humans via food consumption, or via direct contact with animals or their waste in the environment. Any mechanism that helps spread bacteria has the potential to transfer resistant bacteria. Resistance may also be conferred by the exchange of genetic elements between bacteria of the same or different strains or species, and such transfer can occur in any environment where resistant bacteria have the opportunity to mix with a susceptible bacterial population, such as in the human or animal gut, in slurry spread on agricultural soil, or in aquatic environments. If resistance develops in environmental bacteria, this can create an animal or human health problem when such bacteria contaminate water, food crops or animal feed, introducing the opportunity for bacterial mixing with commensal or pathogenic species in the animal or human gut.

Many antimicrobial preparations used for livestock are given orally so that antimicrobial residues excreted in animal faeces have the potential to exert selection pressure on bacterial populations in soil or water. However, evidence is scarce as to how important this mechanism is in transferring resistance and different antimicrobials have different fates in the environment. It must be considered that residues resulting from human treatment with antimicrobials or from pharmaceutical manufacturing can also exert selection pressure on environmental bacteria.

Food plays an important role in the development and spread of AMR. The presence of AMR microorganisms in our agricultural production systems and food chains is a potential route of exposure for everyone. Good hygiene practices in agriculture, fundamental in achieving food safety, are also key to addressing antimicrobial resistance.

Ingestion of AMR organisms via food can, if they are pathogenic, result in human illnesses — and those illnesses might not respond to available antibiotics or other treatments. Moreover, even if the microorganisms are not themselves pathogens, they can contribute to a reservoir of antimicrobial resistance within our food supply. And given the widespread movement of food products, they may contribute to the spread of AMR as well as transmit resistance to other pathogenic organisms.

A growing world population and the resulting increase in demand for food is putting added pressure on our food supply chains and systems. The innumerable niches these systems provide for microbial populations foster conditions that can favor the selection of antimicrobial resistant microorganisms, which can directly cause human illness or indirectly damage food production. That is especially the case if imprudent use of antimicrobials in food production – including livestock, aquaculture, and crop production – is prevalent. The use of sanitizers and biocides through the food chain may further contribute to AMR.

Antimicrobial resistant microorganisms in food are not only a major public health challenge, but also represent an economic risk. There are cost implications involved in adapting or changing practices in order to reduce their presence and proliferation. They also have the potential to affect market access, either through health regulations or consumer purchasing behavior. These economic risks need to be assessed in a broad manner due to the capacity for AMR to spread across borders.

Food is likely to be quantitatively the most important potential transmission pathway from livestock to humans, although direct evidence linking AMR emergence in humans to food consumption is lacking. There is a theoretical risk of widespread dissemination of AMR due to the increasingly global nature of food trade and human travel. This would mean that strains of resistant bacteria could now very quickly reach parts of the world where they had previously not been present. Agricultural systems in emerging economies such as China and India have changed radically in recent years, becoming increasingly intensive in order to meet growing domestic and global demands for animal protein. This is likely to heighten the occurrence and spread of infectious diseases in these systems, thereby leading to increased AMU and therefore resistance.

The emergence and spread of drug-resistant pathogens that have acquired new resistance mechanisms, leading to antimicrobial resistance, continues to threaten our ability to treat common infections. Especially alarming is the rapid global spread of multi- and pan-resistant bacteria (also known as “superbugs”) that cause infections that are not treatable with existing antimicrobial medicines such as antibiotics. Antibiotics are becoming increasingly ineffective as drug-resistance spreads globally leading to more difficult to treat infections and death. New antibacterials are urgently needed – for example, to treat carbapenem-resistant gram-negative bacterial infections as identified in the WHO priority pathogen list. However, if people do not change the way antibiotics are used now, these new antibiotics will suffer the same fate as the current ones and become ineffective.

The cost of AMR to national economies and their health systems is significant as it affects productivity of patients or their caretakers through prolonged hospital stays and the need for more expensive and intensive care. Without effective tools for the prevention and adequate treatment of drug-resistant infections and improved access to existing and new quality-assured antimicrobials, the number of people for whom treatment is failing or who die of infections will increase. Medical procedures, such as surgery, including caesarean sections or hip replacements, cancer chemotherapy, and organ transplantation, will become riskier.

Can further spread of antimicrobial resistance be stopped?

The consequences of the recent dramatic global changes in food consumption, international trade, agricultural production systems, and human travel in terms of AMR spread and circulation are as yet scarcely known. Given our current limited knowledge of transmission pathways, options to mitigate the global spread of AMR involve controlling its emergence in various environment and minimizing the opportunities for AMR to spread along what may be the most important routes.

There are clearly numerous opportunities for AMR to spread at local and global scale, and there are still large knowledge gaps as to what the most important routes are. Mitigation strategies are indeed possible, and require a joint approach based on agricultural, medical and environmental interests.