Endotoxins are potentially toxic compounds from bacterial origin. Once absorbed, endotoxins induce an inflammatory response, thus wasting energy and nutrients meant for growth and production. The most well-known endotoxins are lipopolysaccharides (LPS), which are a component of the cell wall of Gram-negative bacteria. In poultry, the gastrointestinal tract is the most important source of endotoxins and the main risk site where endotoxins can be transferred from the lumen into the bloodstream.

The aim of this trial was to investigate the effect of EndoBan on growth performance and LPS absorption in broilers undergoing an intestinal challenge. 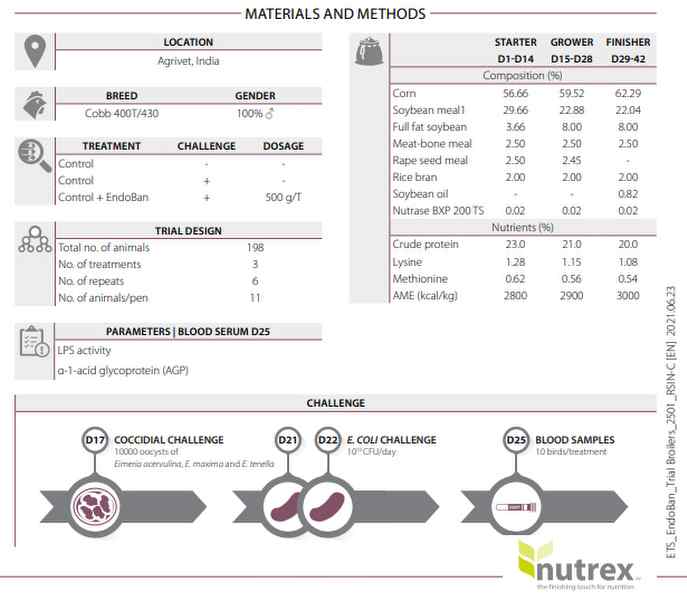 At the end of the trial (day 42), the non-challenged group had the greatest body weight (BW) while challenged birds supplemented with EndoBan could alleviate the negative effects of the challenge and had an improved BW (+ 839) compared to the challenged control group. 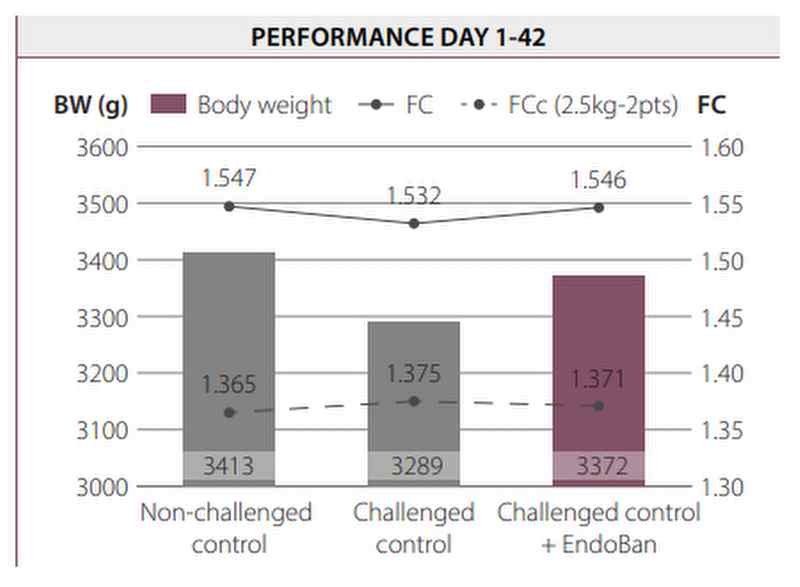 The intestinal challenge used in this study was efficient to cause a disturbance in the intestinal barrier leading to reduced growth performance and higher LPS absorption.

EndoBan showed improved or similar responses as the non-challenged group, indicating that EndoBan neutralizes the negative effects caused by the challenge model. Therefore, we see that EndoBan can effectively reduce the translocation of endotoxins from the lumen into the bloodstream and improve animal’s performance.